Hey guys, Robbie MacNiven just tagged me in a special ‘Gearing-Up-To-Get-An-Agent Blogfest’ game of cyber tag, and I'm so excited that for once I'll save my idiotic ramblings from the start of the post, and include them in with my answers instead. Enjoy!

What is the working title of your book?

Where did the idea come from for the book?

— As I touched on in my #GUTGAA meet & greet post, I woke up seeing a girl find a magic book and unknowingly summon a young witch and wizard into her room. But I had to ask, why was the book there? A: Because someone put it there. But why? A: Because they needed her. But why? (Yeah, I was one of those kids. Even I want to give young-me a wedgie). Anyway eventually I changed the book to an hourglass and developed an entire plot… as well as a debilitating crush on an imaginary sixteen-year-old from the sixteenth century.

What genre does your book fall under?

— YA historical urban fantasy with a mystery bent and a hint of romantic suspense, written to outsell 50 Shades of The Hunger Games and be made into ten movies. (Now, if I could just pitch that to an agent, they’ll be thrilled...)

Which actors would you choose to play your characters in a movie rendition?

— Johnathan Rhys Myers as my crush’s tutor. Steven R. MacQueen as the MC’s twin brother. Gary Oldman as an important old guy I don’t have room to explain here. Daniel Craig as the king. Ian McKellan and Michael Gambon as the time keepers. Eva Green as the antagonist, and so on...

Not that I’ve thought about it, though.

What is the one-sentence short synopsis of your book?

—Hauled into sixteenth century Wales, a shy, teenage history buff must embrace the destructive powers she never knew she had, to protect her ancestors from a war she doesn’t know she started.

Also, there are slugs.

Will your book be self-published or represented by an agency?

— Depends whether you mean in my mind or in real life. :P Haha in all seriousness I’ve only sent out about four queries so I’m hoping for an agent, but I am extremely passionate about marketing (hence building this entire blog around book marketing and promotion) so I’m working on my author platform and look forward to the challenge of self-publishing if that’s the way life takes me.

How long did it take you to write the first draft of your manuscript?

— Five months, and as soon as I finished and read it I decided there was more to tell before those events, so I threw it away and started another, which also took five months. I did all this in between travel, university, playing in a band and having a job, and by the end I had broken the Guinness world record for being the first person to go without sleep for one year straight. I’ve since spent two years editing, and slowly going insane.

What else about your book might pique the reader’s interest?

—Um, I thought everyone would have been sold on the slugs. No? Geez, tough crowd. Ok, how about the last line of the entire book? You ready? You sure? Well here it is…

And now, time to tag three more GUTGAA-ERS! I pick…

and finally… I’ll pick from whoever tags themselves here today in the comment box. OK? Go! 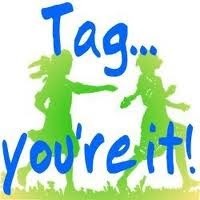 *Disclaimer: Not actually the last line. Sorry. I was counting on the slugs.

Email ThisBlogThis!Share to TwitterShare to FacebookShare to Pinterest
Labels: Gearing Up To Get An Agent, Slugs, Writing, YA, Young Adult